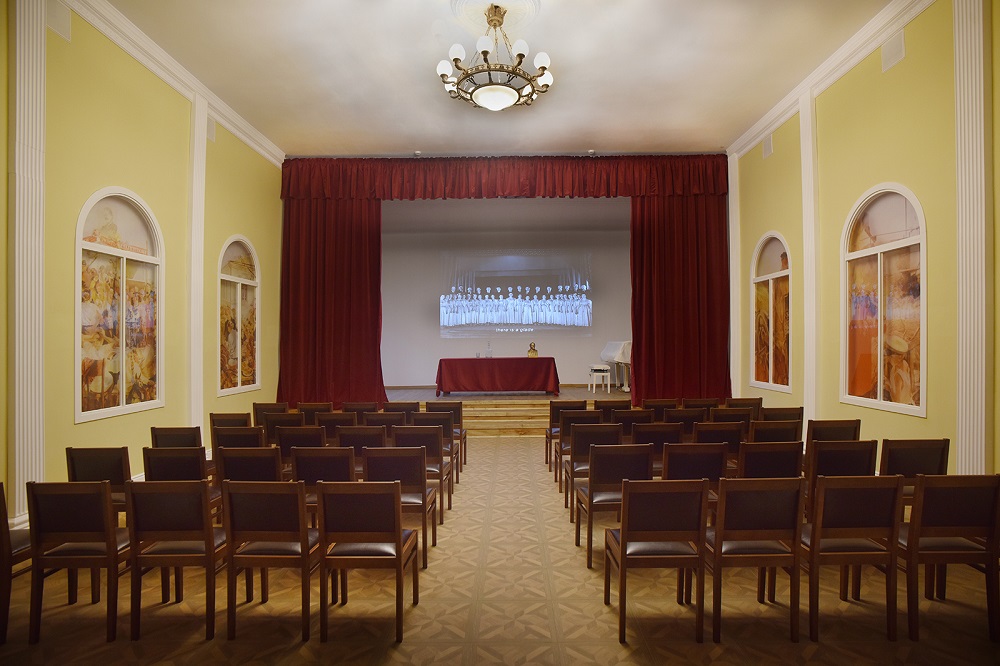 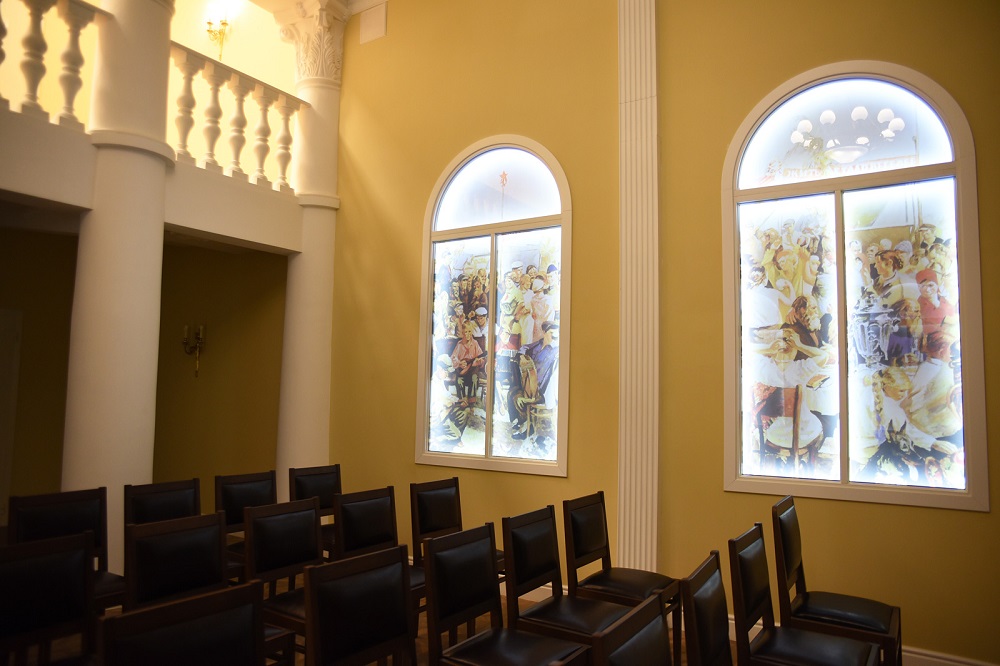 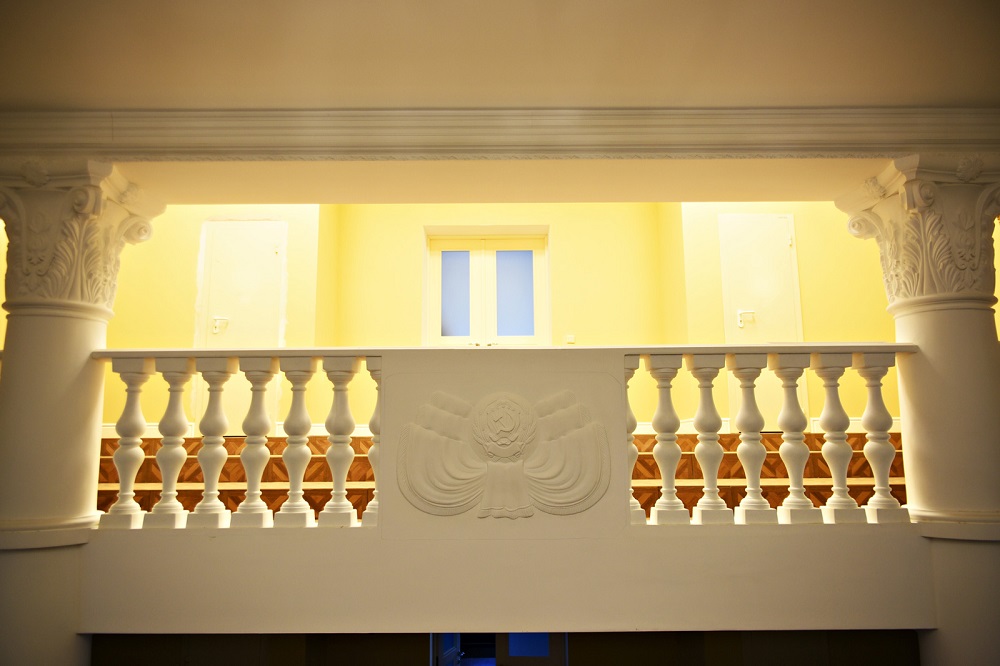 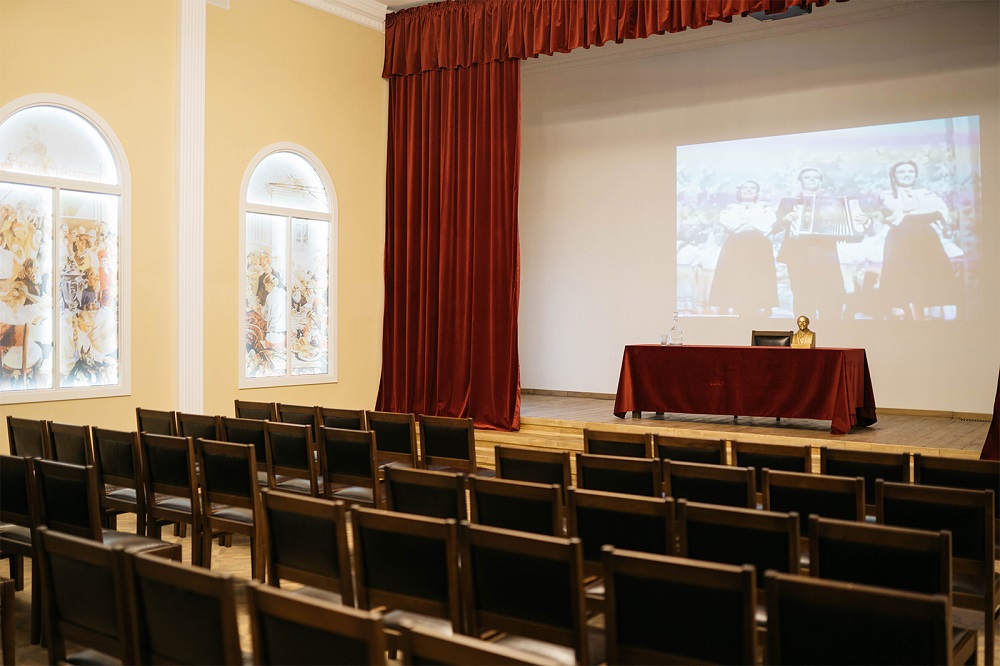 Chernomyrdin himself acquired the building of the former district committee, intending that it should house a museum of Cherny Otrog.

When Chernomyrdin was young Cherny Otrog was the district town, which meant that the district committee of the Communist Party was located there. In the 1950s a new building was approved. School pupils – including a young Chernomyrdin – helped with the construction, carrying bricks to and fro as part of their voluntary work.

A memorial building has now been reconstructed, and the assembly hall – done out in Soviet (Stalinist) empire style, characteristic of that time – has been turned into an exhibition.

The furnishings suggest that life on a Soviet kolkhoz was idyllic. Of course this was far from reality, but this is how state propaganda portrayed it.

There is a video showing amateur concerts and village gatherings, which the young Chernomyrdin would have seen.