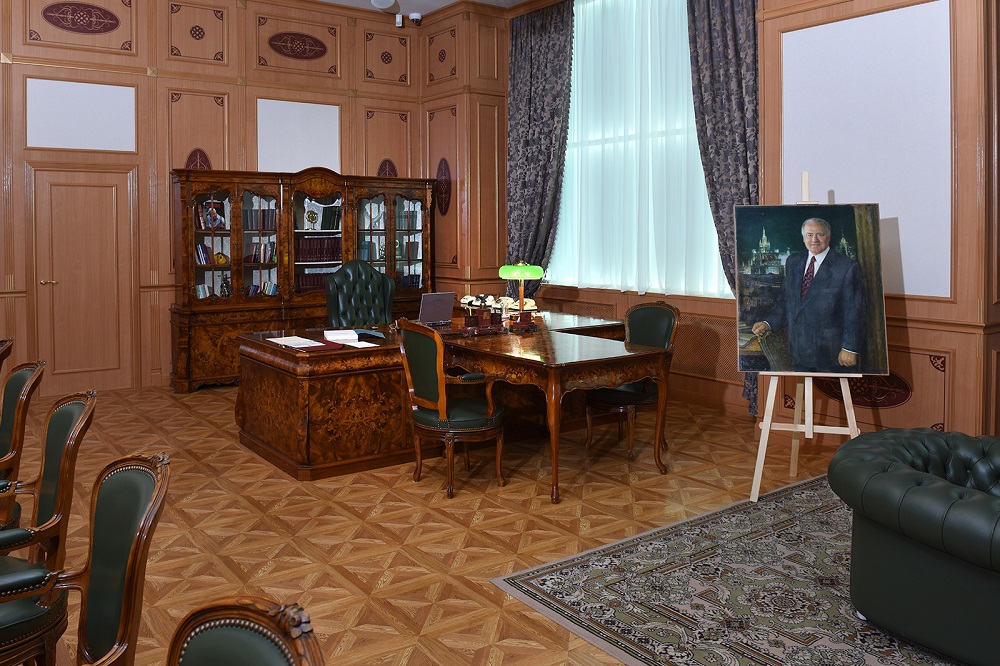 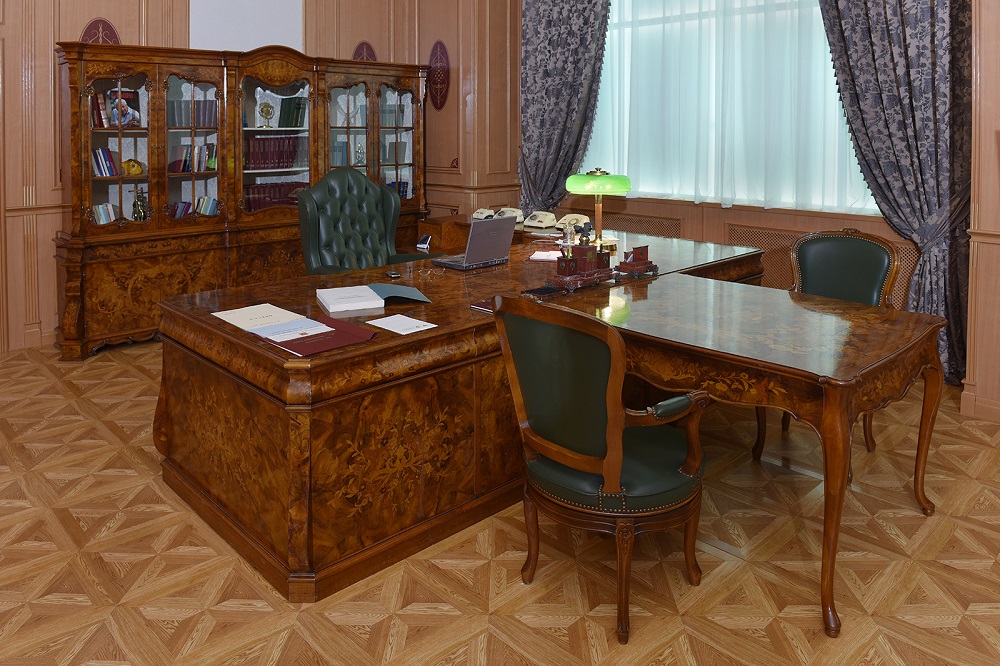 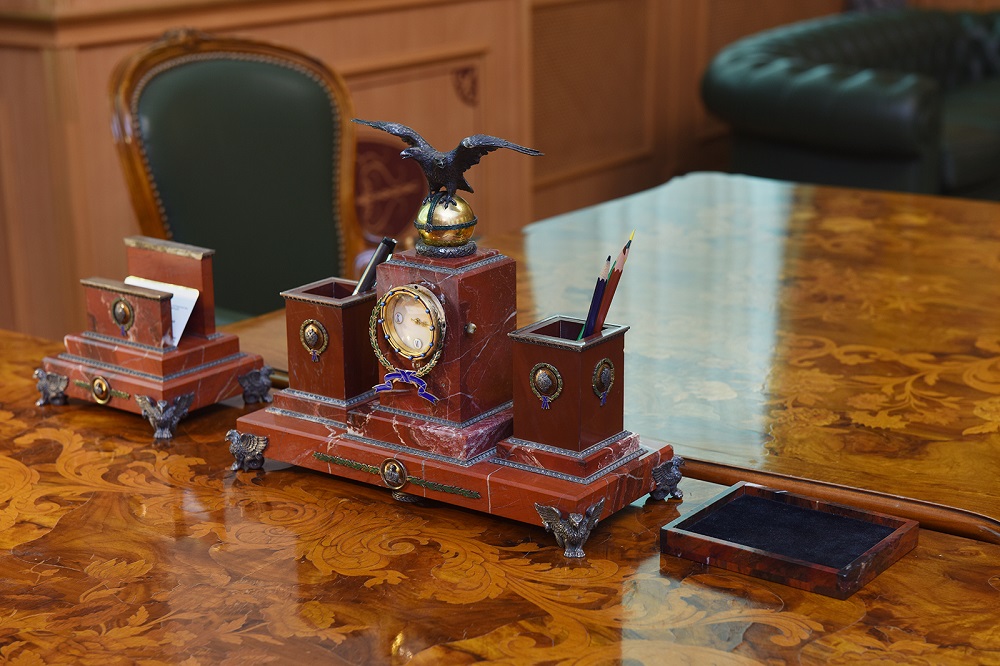 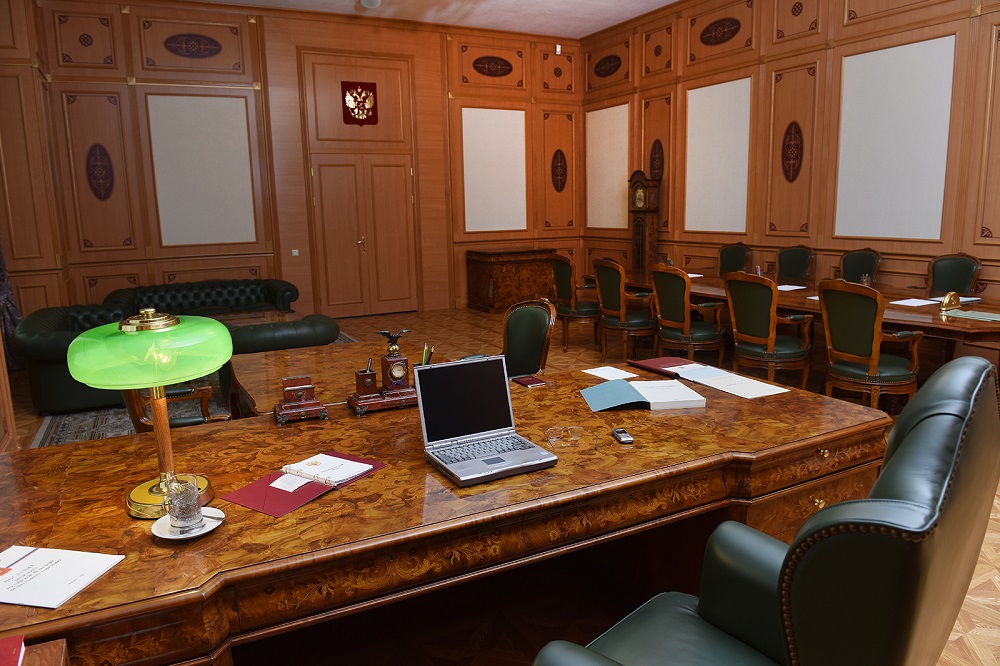 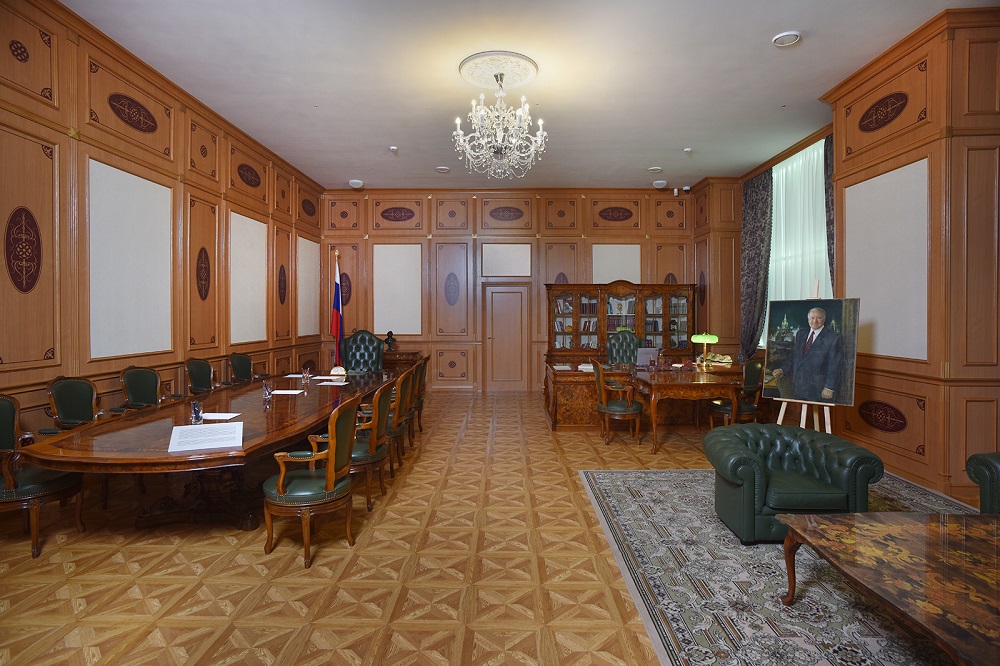 A mock-up of Chernomyrdin’s office in the White House forms part of the exhibition.

All the objects in the exhibition are originals; the majority are from the White House, and others (carpet, curtains, some books) are from the country residence at Gorky. The wall coverings were recreated from drawings and photographs.

The Prime Minister’s quarters were a separate part of Government House, comprising three conference rooms (for the press, for negotiations and for government meetings), a reception room for the head of government, and the PM’s own office with adjoining lounge. The most important of these – the office – is reproduced in the exhibition.

On the easel, slightly to one side, is a portrait of Chernomyrdin. This is not a painting that was ever hung in the White House, but it portrays Chernomyrdin in his office. The view from his window looks out onto the Ukraine Hotel.

Chernomyrdin had a remarkable capacity for work. He would arrive home late in the evening, taking his work papers with him and always remaining contactable. His assistants would say, “Maybe we shouldn’t phone you at night?”, to which he always replied, “We live in a big country – it may be night for us, but not for everyone.”